One day in Disneyland Paris

My 8 year old daughter and I went on a big trip to Morocco and Paris in July. 8 days in Morocco were wonderful - we went to Marrakesh, hiking in the high Atlas mountains, Taroudant, Essaouria. We rode camels and saw goats climbing Argon trees.

Because we were across the Atlantic I decided to add a few days somewhere in Europe and she chose Paris. Once she found out Disneyland Paris was a place that existed she wanted to go. I've never been so of course I was fine to spend one day there.

It was HOOOOTTTTT. We happened to be there the super record breaking hottest days ever. Disneyland Paris was a good place to go since they do have some air conditioning in some places. The vast majority of Paris does not have any air conditioning (including our hotel). We went on a Tuesday. I bought our tickets in advance online and printed them off to have ready to go. We took the RER train from our hotel in the center of Paris to the entrance of Disneyland Paris. I highly recommend this method of transportation if you are ever going. It was very cheap because it was an air pollution day and they were incentevizing public transportation, I believe it was 3€ round trip for each of us. It took about 45 minutes to an hour but it was a nice relaxing train ride. We arrived at the park about 45 minutes before it opened on paper. However the park opened 30 minutes before it said it would open up online. So we only waited about 15 minutes at the turnstiles. We started our day at Disney Studios Park. We started with the Ratatouille ride which was very cute. Really wanted to ride crushes coaster but it was down all morning. We did ride on rockin roller coaster which was the exact same as the US version. Then we did a backlot Studios tour. The line was much longer than advertised and I kind of wished we hadn't gone. But my daughter thought the special effects were cool and it's not something you can do in the US anymore.

Since Crushes Coaster was just not opening we headed out to Disneyland Paris park. It was a short and simple walk. The line to get through the turnstiles was crazy. By now it was about 11:00 a.m. so you know how people like to arrive a bit late.

We ate at the equivalent of Casey's Hot Dogs, mostly because she was getting hangry and the line was short. It was not particularly good, and the service was extremely slow. I noticed that the Disneyland Paris had a lot less efficiency than the US Disney parks.

We went on Phantom Manor (much spookier than the US version), Pirates of the Caribbean (much better), Snow White, Pinnocchio, Star Tours, Small World, Tea Cups. We saw the Philharmagic show, the dragon under the castle, and we walked through Alice's labarynth.

By the end of the day we were hot and realized we had enough time to either go back and attempt to get on Crush's coaster, or try big thunder mountain. I put in a big vote for crushes coaster since it is unique to Paris. She agreed and we headed back. We got in line and I said it would take about an hour, which would push us beyond the close of Disneyland Studios Park. about halfway through the wait they made an announcement that the ride was down again. We decided to cross our fingers and just keep on waiting. It came back up and we were able to ride it! Holy cow that's an intense one! My daughter was loving it. I was screaming profanities.

One day was just right for us in the middle of a much longer trip. It definitely reinforced that Disneyworld is far superior. We didn't do everything of course but we did enough of what we wanted to try. Originally she wanted to try Hyperspace Mountain but chickened out before we got in line. Not sure why as she loves roller coasters including Rocking Roller Coaster. But I wasn't going to fight it because I will take 'em or leave 'em.

We rode the RER back to our hotel in the Latin Quarter and ate street crepes for dinner. 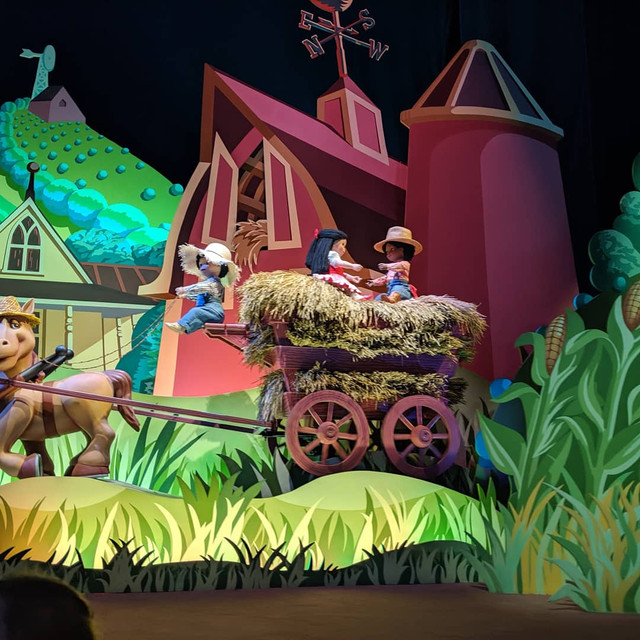 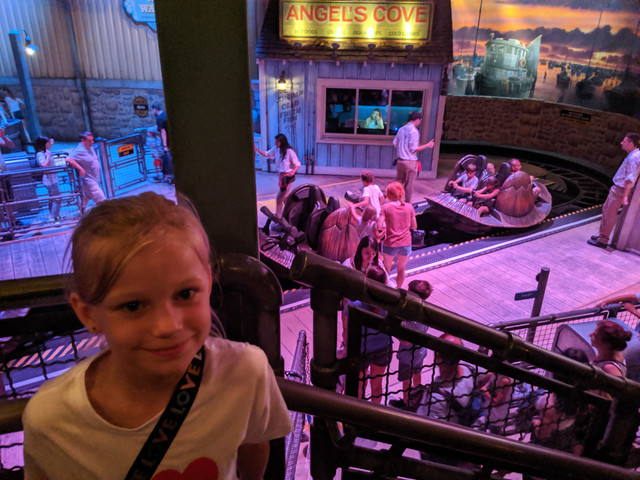 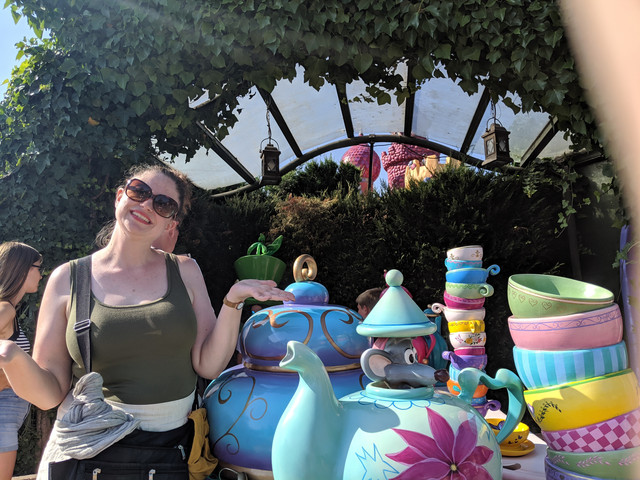 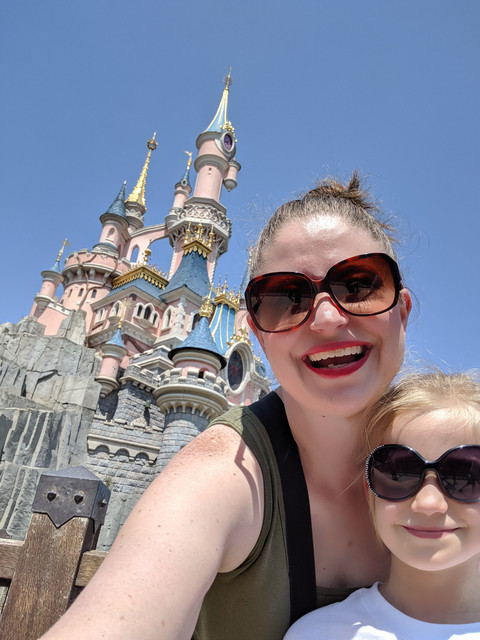 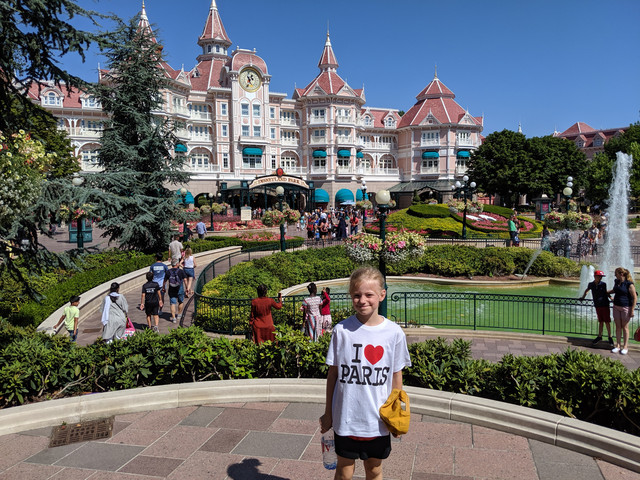 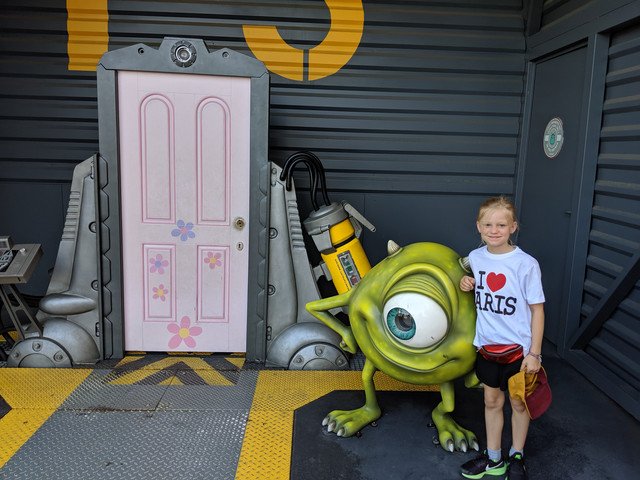 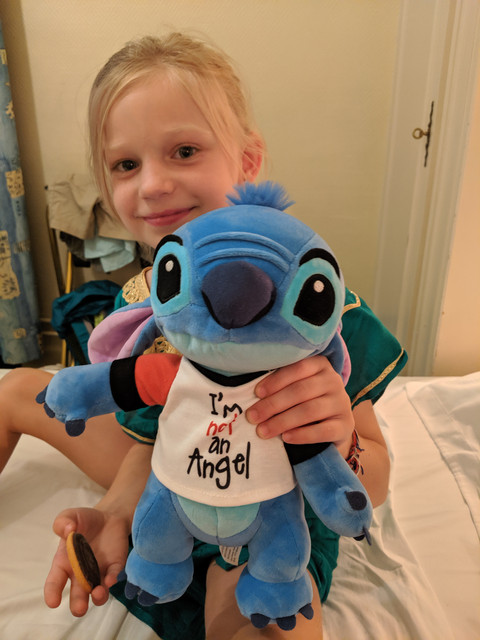 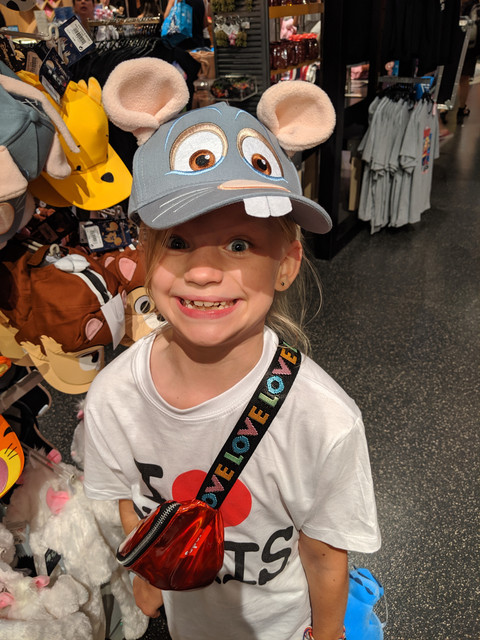 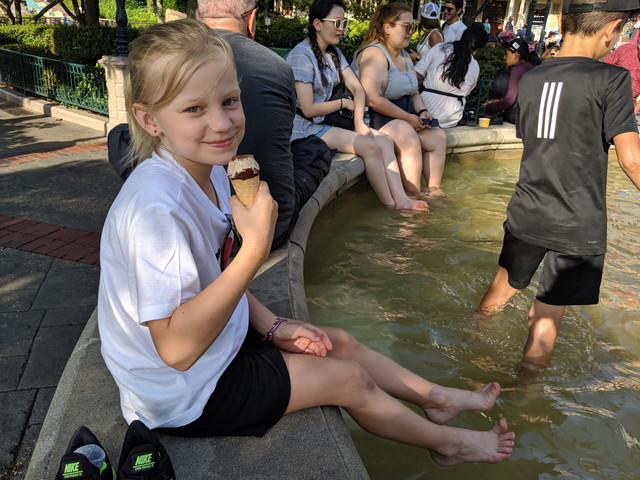 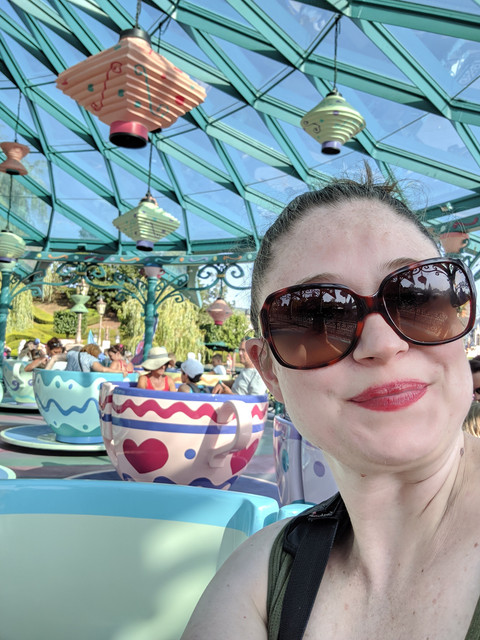 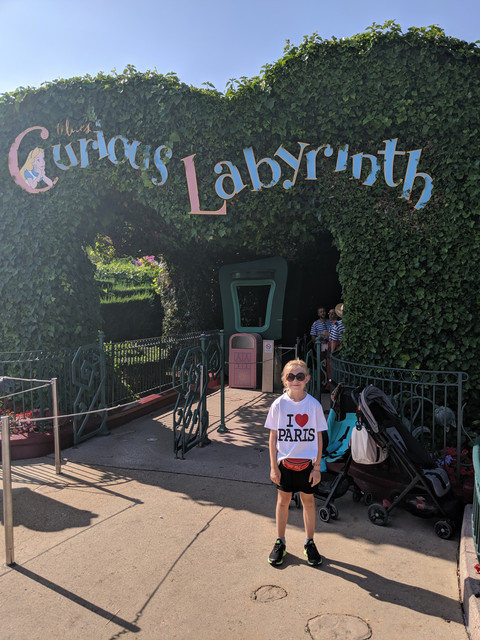 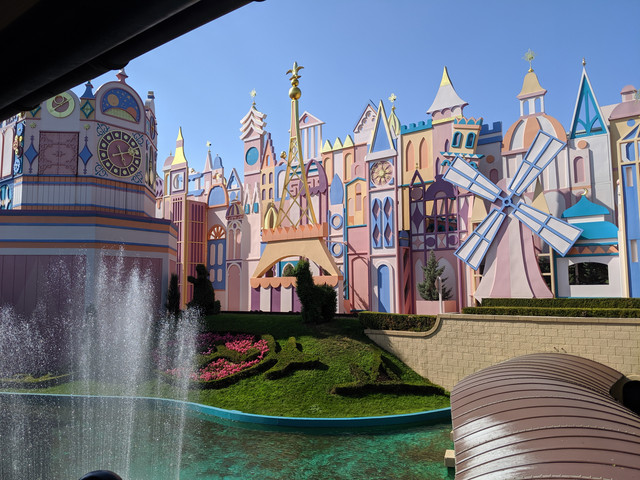 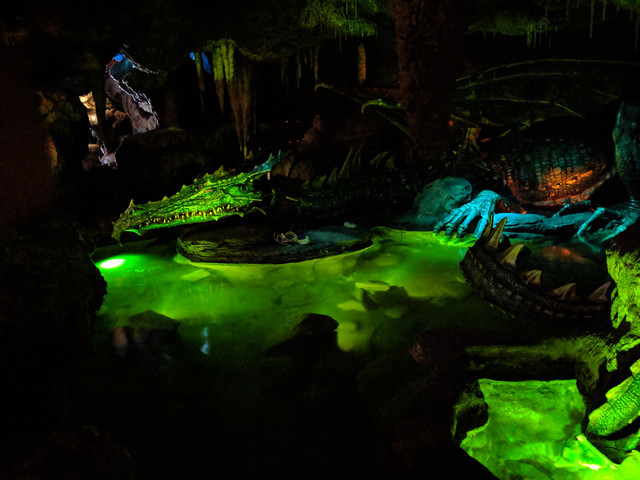 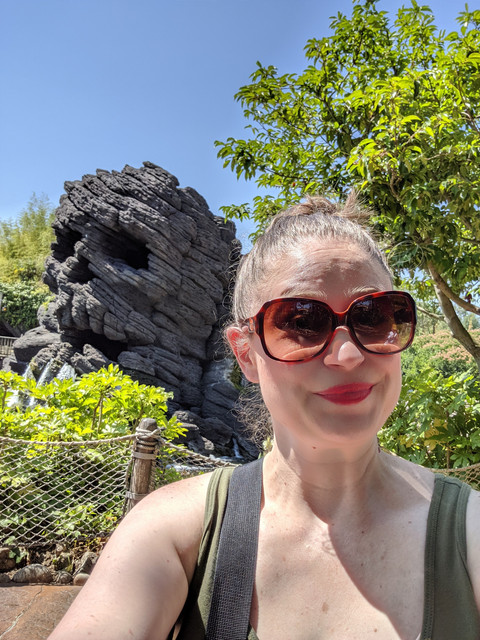 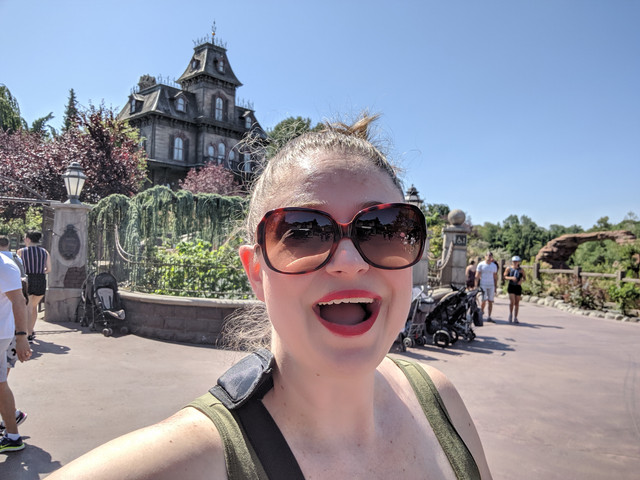 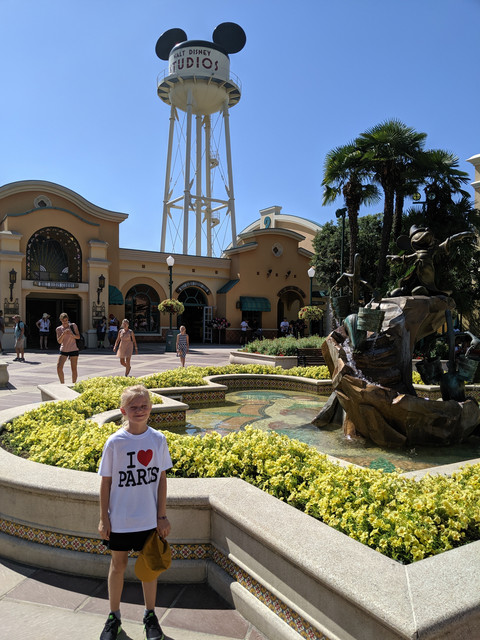 Awesome day! Glad you squeezed it in.
My kids and I also did a one day trip in July. Similar schedule as yours too - except Rnrc was the ride that kept going up and down (upon our return in the evening). It’s a beautiful park, castle is gorgeous! But yes, service and manners were sort of lacking. Not surprising though! We were prepared for that! Had an amazing day and I’d do it again in a heartbeat!

Love the dragon under the castle! Looks like a great day.

This is making me want to get back to DLP!! Great pics. Your daughter is so cute. How'd she do on the flight / traveling?

beachta1 said:
This is making me want to get back to DLP!! Great pics. Your daughter is so cute. How'd she do on the flight / traveling?
Click to expand...

Thank you! She is 8 now and she did great! She really wanted to go overseas. She didn't sleep on the flight to Marrakesh but she adjusted to the new time well. It's shockingly how little the cultural differences affected her. We went hiking in the high Atlas mountains in Morocco and rode camels along the beach. She felt like the coolest kid around. Definitely my little travel buddy for life.

Wow, hiking outside Morocco with an 8yo?...

It looks like the entrance to Disneyland is basically a huge building? Am I seeing that right? What is that? Does it have anything in it for guests or is it mostly decoration? Looks like a hotel.

Alcachofa said:
Wow, hiking outside Morocco with an 8yo?...

It looks like the entrance to Disneyland is basically a huge building? Am I seeing that right? What is that? Does it have anything in it for guests or is it mostly decoration? Looks like a hotel.
Click to expand...