loves surprises, but not very good at them

@ Ann, you got me scared here. My son of 16 also needs to have surgery, his central incisor teeth (had to look this up

We have ONE oral-maxillofacial surgeon here that can do the procedure.
But living on a small island you don't have many choices or you have to go abroad and there the insurance won't cover it.

So I am really praying that everything goes well when he finally has to do the surgery.
R

reminding you how wonderful and accommodating you

...and by and by they came to an enchanted place o

Hope everything works out well for your son Thadine. I think part of Alex's problem is that the adult teeth haven't broken through the gum at all - they are growing sideways within the gum if that makes sense. Because of this they can't just pull them out as the surgeon needs to find them first - so Alex will need a general anaesthetic. Hope this puts your mind at rest a little. A few years ago one of his baby teeth hadn't fallen out with the adult tooth growing in behind it. The normal dentist told him he had 1 month to wiggle it out and he would look again then. When we went back it was slightly looser and after exchanging a few nods and winks with me (so as not to alert Alex as to what was going on!) he just gave it one good pull. Problem solved without the need for any injections and minimal trauma - apparently the roots of baby teeth are much shallower. It doesn't sound as if your son's tooth is anything like as simple as this to sort but please don't think it will necessarily be as bad as we are currently experiencing either. Our issue isn't the surgeon - the hospital we were originally referred to specialises in this type of procedure - apparently they just don't have the back up services for other issues hence why the anaethetist doesn't want to risk it with Alex (since my original rant I have spoken to a friend who sometimes works in ITU there and she actually agreed that we were probably better off elsewhere just incase the worst happened!) So I am a bit calmer now but still very anxious to hear what happens next!!
Good Luck

Will work for Dole Whips.

6 months to see an orthodontist???

Ann and Thadine, I hope your children's teeth problems get sorted out.

...and by and by they came to an enchanted place o

Brandie - don't forget I am in UK so we are working under the NHS! If we had gone privately I would have been seen immediately but we didn't know the problem and thought he would just need minor treatment including braces and I couldn't begin to afford the cost of that (over £3000 or $4500 if he only needed one simple brace but in fact he is likely to need two). The kids are covered by Private Medical Insurance through DH's work but, like most policies here, this excludes dental work like braces. (I won't begin to tell you what I think of dentistry under the NHS as it would take far too long - and turn into another

loves surprises, but not very good at them

Thanks for the goodwishes guys.

Ann, all the best for your son too, sending lots of

for everything to go just fine.

Will keep you posted on the developments here.

wears a coca-cola shirt to club cool just in case

Rant for the day. There's always something.

unsure of the release date for the dumbo anniversa

vatmark said:
Rant for the day. There's always something.

I hate that too!

contractors are notorious for this nonsense!

vatmark said:
Rant for the day. There's always something.

Ann[/QUOTE
That makes me mad too. Seriously......what happened to common courtesy?? Either be on time or call....it isn't hard!!!!
Click to expand...

Staff member
I hate how it seems like UPS/Fedex know whether or not you're waiting intently for something to be delivered. They purposefully don't deliver what you really want until the end of the day and deliver what you don't really care about immediately in the morning. I ordered a new computer (which should increase productivity by 3-4%) and it hasn't come yet!!!!!!!!!!!!!!!!!!!!!!!!!!

Sorry, sometimes I forget this is a family forum

So actually, productivity will be down 3-4% because of this:

Staff member
This is a Disney site so I try to keep everything as optimistic as possible. Let's just say productivity would be up 95-96% otherwise.

It's like those bananas just install themselves. I'm sure I've uninstalled them five or six times. Just out of control.

hope your package arrives soon, so you can stop obsessing and start playing (or prowling, as the case may be)

i just want to add that I love this

I consider him an 80's hair band banana

josh said:
It's like those bananas just install themselves. I'm sure I've uninstalled them five or six times. Just out of control.
Click to expand...

I think they are procreating!

Will work for Dole Whips.

DizDragonfly said:
I think they are procreating!
Click to expand...

Staff member
It wouldn't surprise me if this guy was behind it: 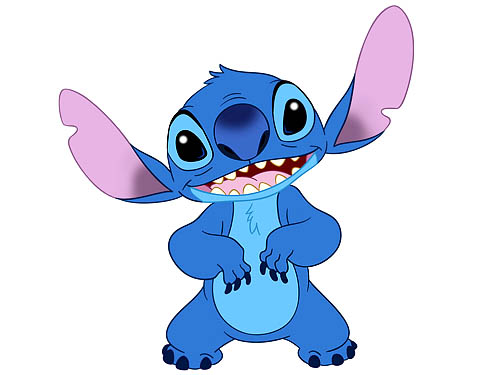 He seems to be everywhere else

only person to nominate a josh picture for potd

I will stick this here because I know that this will not be warmly received.

First, let me start out with the praise. This is the best Disney planning site that I've come across and I'm rather well traveled in that regard. The volume of information and manner in which it is presented is top notch.

However...(and this goes for all Disney forums) the constant use of abbreviations is maddening and, at best, a false efficiency. The best evidence of that is the 'Sticky Thread' listing approximately 200 abbreviations. Only the Pentagon uses abbreviations with more regularity than Disney forums. So the reader has to either A. learn them by rote or B. have the Sticky Thread open in a separate window or tab for easy access. While option B may seem like a reasonable solution, it only adds to the reader's effort.

Also, the abbreviations are confusing. For some folks these abbreviations already mean something. I'm sure I'm not alone in reading 'TP' and thinking toilet paper. WS is also World Series. TL is a car made by Acura. NE, SE and SW are directions on a compass. BLT is a rather tasty sandwich. And I could go on...

Also, there a duplications. TL could be Typhoon Lagoon or it could be Tommorrowland. SM could be Space Mountain, might be Splash Mountain. The reader will have hope for some context from the writer. But if some writes:


"Get FP for SM"​
and five lines later writes

"Ride SM"​
only to be followed three lines later by

"Ride SM with FP"​
there's no hope for the reader.

For the uninitiated or those with poor memories the abbreviations are frustrating and don't add to the process. And that's the larger point. If something doesn't actually add to the experience, it isn't necessary. It may make writing somewhat quicker, but any quickness gained by writer is lost two fold by the reader. I would suggest that abbreviations slow the writing process, but that is a separate rant.

Forums aren't text messages or twitter. You can use more than 140 characters. While I believe I understand the root of the abbreviations, this newbie thinks we'd all be better off if we just typed stuff out.